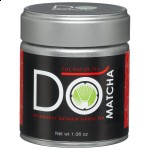 There is a legend that tea came about in China thousands of years ago when a king was boilingÂ water and the wind blew a few leaves from a nearby tea plant into the pot. This discovery wasÂ revered in the ancient world, and carries through in popularity today. We are a society that almost obsessively drinks coffee and tea for various effect. While the former is primarily used to wake us up and help us concentrate, the latter, especially green tea, is used for supposed health benefits.

There is a type of tea from japan that is gaining popularity worldwide, and it’s called Matcha. The cool thing about this tea is that it’s ground from a whole leaf, and consumed as powder dissolved in hot water. Unlike tea bags or loose leaf that simply steep the leaves, Matcha is wholly consumed.

Matcha is made from shade-grown tea leaves also used to make gyokuro. The preparation of matcha starts several weeks before harvest, when the tea bushes are covered to prevent direct sunlight. This slows down growth, turns the leaves a darker shade of green and causes the production of amino acids. Only the finest tea buds are hand picked. After harvesting, if the leaves are rolled out before drying as usual, the result will be gyokuro (jade dew) tea. However, if the leaves are laid out flat to dry, they will crumble somewhat and become known as tencha. Tencha can then be de-veined, de-stemmed, and stone ground to the fine, bright green, talc-like powder known as matcha.[5] – Wikipedia

These amino acids give it flavor, but also givs it a unique property that is very beneficial to mindful meditation. That amino acid is L_theanine. According to a research study titled, “The combination of L-theanine and caffeine improves cognitive performance and increases subjective alertness.”:

The non-proteinic amino acid L-theanine and caffeine, a methylxanthine derivative, are naturally occurring ingredients in tea. The present study investigated the effect of a combination of 97 mg L-theanine and 40 mg caffeine as compared to placebo treatment on cognitive performance, alertness, blood pressure, and heart rate in a sample of young adults (n = 44). Cognitive performance, self-reported mood, blood pressure, and heart rate were measured before L-theanine and caffeine administration (i.e. at baseline) and 20 min and 70 min thereafter. The combination of moderate levels of L-theanine and caffeine significantly improved accuracy during task switching and self-reported alertness (both P < 0.01) and reduced self-reported tiredness (P < 0.05). There were no significant effects on other cognitive tasks, such as visual search, choice reaction times, or mental rotation. The present results suggest that 97 mg of L-theanine in combination with 40 mg of caffeine helps to focus attention during a demanding cognitive task.

That’s a pretty amazing finding. What piques my interest here is that Matcha contains both caffiene and L-Theanine. This is a scientific finding that supports the reason that Zen monks have been using Matcha for generations. If the combination increases focus and mental clarity, it most likely helps in meditation, and especially, mindfulness. One of the biggest hurdles to mindful meditation is the monkey mind, or scattered and unfocused thoughts. Ingredients in Matcha appear to combat this and help focus in meditation.

There are a host of other possible health benefits to Matcha as well, including: 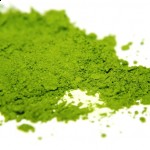 The most exciting though is the proported stimulation of the production on alpha waves in the brain (a side effect of meditation). This produces a state of clarity and alertness. Imagine going into meditation already able to focus. Half the battle can be won before you even sit.

On a side note, you can get Matcha in a Starbucks Green Tea Frappuccino as of the time of this writing, and from May 4 – 14th 2012, you can get it half-price between 3pm – 5pm. (I get no financial benefit to suggesting this, I just want to share it with you so that if you’re inclined, you can try matcha.) Â Enjoy.

This video explains more about it:

You can get Matcha Tea Here for a good price if you’re interested.

1 thought on “Meditation, Mindfulness, and Matcha?”