Mindfulness Meditation and the Flu 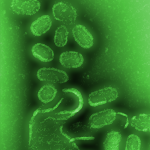 There’s a story going around that mindfulness meditation can help prevent the flu.  That’s a pretty big claim.  According to the title of a recent article in US News and World Report titled, “Exercise, Meditation Can Beat Back Cold, Flu, Study Finds”, you’d think that we’d just discovered a new penicillin.

According to the article:

A small study of 149 active and sedentary adults aged 50 years and older compared the preventive effects of moderate exercise and mindful meditation on the severity of respiratory infections, such as cold and flu, during a full winter season in Wisconsin.

The researchers found that those participants who started a daily exercise routine had fewer bouts of respiratory infections and missed fewer days of work. The investigators also found that those doing mindfulness meditation, which focuses on paying attention to your body and emotions, were more protected against illness.

The big story here is not that mindfulness meditation can kill the flu, but that in practicing mindfulness, you become aware of your body.  This can certainly go far in alleviating symptoms.  It can also ease your mind from the stress associated with being ill.

What mindful meditation can do is lower your stress levels, thus making you less open to illness by allowing your immune system to stay active.  Stress response, or the fight or flight response, lowers your immune system and other functions of the body when preparing to run or fight.  By not living in that state, we are more relaxed and in a balanced and “healing” state.

It’s an interesting study though, and we certainly need more of them.  Mindfulness meditation is being found useful as treatment for many things.  Studies like this certainly help to generate awareness and pique the interest of more researchers.