Leadership is a skill often forged in the heat of a situation facilitated from a well trained mind.  It’s not about being bossy, having power or prestige, a shiny title and a corner office, or a shiny little expensive car.  Leadership is about orchestrating a team, under good and enabling direction, to achieve cohesion and intended results.  It’s more about giving power away than it ever is about consuming and hoarding power for yourself.  Unfortunately, it would seem that the world has more leaders who take, and less whom give.  We could use mindful leadership.

To give power away is to enable your team to reach objectives, or in extreme cases, pull off the previously perceived impossible.  Merely delegating tasks is not enough.  One needs to know the strengths of the individuals and where they fit within the group dynamic, then give them everything they need to complete certain tasks, all while fostering a team environment.  True leaders are selfless, or at least do their best to act so.

Giving power away takes tremendous levels of confidence in yourself, and in your team.  This sort of thing is not easily achieved by ego driven personalities, it takes a well trained mind.  The idea of “I have to get mine”, while prevalent in many of our leaders to a greater or lesser degree, does not make one great.  It makes one weak. 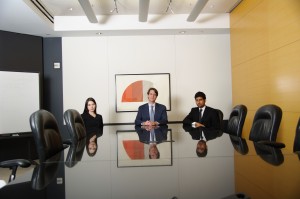 The ability to brush aside your ego and make the right decisions is paramount to good mindful leadership.  It’s in this that mindfulness practice has a tremendous advantage.  Mindfulness techniques allow you to notice your thoughts and how they trigger emotions, and with enough practice, break the connection between thought and emotion.  Doing so will allow you to maintain your cool under fire, and focus your attention on assisting those you are leading instead of puffing yourself up, and taking your eye off the ball.

This is luckily being noticed in higher education, most notably, top business schools.  According to an article in U.S. News and World Report, University Directory titled, “Business School Students Learn from Buddhism:”

According to The Wall Street Journal, some business school professors are teaching their students how to ease their minds and increase their focus on themselves and their surroundings. These skills, they say, are important for professionals who must make important decisions in hectic business environments…

This is very true.  Hopefully this can lead to better business decisions by the next generation of industry leaders.  Making money and running businesses under the current model of capitalism works, but as we’ve seen since the great recession, decisions based on greed and power seemed to be rewarded most.  Is it any wonder that we are still teetering on the brink of another recession or worse?  The article goes on to state:

While some master’s degree seekers, professors and organizations have found it useful to focus on mindfulness in their daily operations, Ben Bryant, leadership professor at Switzerland’s IMD business school, told the Journal that some meditation experts are not pleased with the use of the concept.

“Hard-core meditators are horrified that this word is being used in business,” Bryant said. “They think meditation was never meant to be instrumental in making money.”

Who can blame them?  It does seem like juxtaposition to mention mindfulness in the same sentence as capitalism, but I believe that both will be merged, and must be merged, to create a new form of exchange, whether it’s capitalism or something more advanced.  It is my opinion that the old power structures know that their time is limited.  There is a new world on the horizon, and it’s coming on quickly.  This is why we are seeing the struggle and massive imbalances in world around us.  The world is shifting.

Mindfulness holds the key to understanding ourselves at our core.  From this core, we are able to make decisions not mired in greed or weakness, but in strength and altruism.  We look more for a win-win situation, and leave the “zero-sum” business model to the weak among us to scavenge and fight over.  The world moves on to better and brighter days, while we work to solve the massive problems that exist in our world from a position of strength and understanding, because we understand ourselves.  Our real selves.  We’ll have mindful leadership because those who lead will have developed a well trained mind.  Utopia, perhaps, but anything is possible and this direction is certainly plausible.