Self-Esteem Is Often Defined by What We Believe About Ourselves.Â It’s a mental picture of who and what we believe we are. Â It’s an evaluative perception, that contains both an inner (how your view yourself) and outer (how you’re viewed by others) characteristic.

It can be used to measure yourself against others and against yourself. Â Self-esteem can serve to give you a clue as to your social rank in a group, or society in general.

Is Self-Esteem All In Your Head? 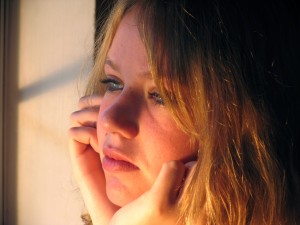 It’s entirely possible, barring any chemical imbalance or other physical cause, that self-esteem is all created in your head (overly simplistic, but read on). Â How can you possibly know what others truly think of you? Â You can only guess what their true feelings are.

Also, to measure yourself against others is often an untrue exercise because you never truly know the circumstances of the other person in total.


A Tale of Two False Perceptions

Imagine that you are sitting in traffic. Â To your left, you see a beat up car driven by someone who looks totally disheveled. Â Their hair is a mess, and they look like they haven’t shaved in two days. Â Their shirt looks stained, and it looks like there is a mess in their car.

You see this, and begin to feel good about yourself. Â You think, “wow, I’m not like that guy, I have it better than him.” Â You then begin to feel a bit superior, and this gives you a sense of strength. Â You made better choices in life, and are rewarded, unlike that guy. You also feel a sense of pity, depending on your perception and level of so-called self-esteem. 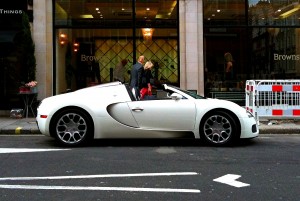 You then look over to your right, feeling pretty good, and you see someone in a Bugatti Veyron. Â They look really sharp, and dressed very impressively. Â It’s a million dollar car, and the person inside looks “money”. Â You begin to judge yourself against this person.

You start to feel a bit low, maybe some jealousy, or worse, envy. Â You study this person and try to figure out how he could be driving a million dollar car. Â You start to feel bad about yourself because you don’t have that. Â You don’t look “money”. Â That person is… (fill in the blanks)…

You drive off feeling a bit destitute, even though you just felt great comparing yourself to the guy in the beater. Â Most likely, you might not even think or remember the beater, because you’re now throwing yourself a pity-party, or worse, you’re feeling inadequate. Â You’ve just gone from hero to zero in a few minutes.

What just happened is pretty common, and congratulations if you didn’t feel any of that. Â It happens far too often in our society, and it’s pretty pathetic, but it’s common. Â It’s the cornerstone of advertising, and well known to politicians alike. Â Welcome to self-esteem 101. What you might not know though, is the real truth behind the two people you just judged yourself against. Â You have NO way of knowing the truth from your vantage point. Â You only have a perception of what you believe their circumstances to be.

Since I made this up, the real facts about our characters are that the guy in the Bugatti is just renting it. Â He’s renting his suit too. Â This guy is really a cell-phone accessory salesman at a local mall, but he’s trying to impress a girl that he’s lusting after. Â He had spent two months of pay and ran up a credit card renting this stuff, just to impress a girl he’s been lying to (about his “status”) on an internet dating site.

The guy in the beater has a completely different story. Â He is a driving his son’s car into the shop for service, and he woke up without time to shave because he’s been working like a dog on standing up his third company for sale. Â He has meetings with his attorneys later that afternoon, but decided to drive his son’s car into the shop for a repair. Â He’s a self-made millionaire, but wants to instill a sense of work ethic into his son and doesn’t give him everything. Â He’s making his son start at the bottom as he did.

HAHAHAHAHA! Â You just judged your entire worth by looking at false perception. Â You formed stories about these two people, and used those stories to create an image of who and what you are, and how you rank in society. Â Congratulations, you’ve just been cosmically conned. Â You are a perfect target for advertisers and media pundits who want to persuade you.

Take heart though my friend, you’re not alone. Â Every one of us is subject to this in some form or another, and to greater or lesser degrees. Â None of us are immune on every level, save maybe the masters. Â They may even have demons to fight as well, just smaller and more deceptive ones.

Other situations include how you view yourself as a result of being bullied, abused, or self-conscous of your body type, etc… Â This causes a more deep seated problem than the simple example above, but can benefit just the same, albeit possibly more difficult and time consuming to overcome.

The Mindful Benefit to Low Self-Esteem

The next time you see an object of envy, or begin to compare yourself against what you are seeing, immediately become aware of it and make a mental note. Â Tell yourself, “oh, that’s fantasy, I really don’t know the other persons situation” and DON’T judge yourself or attach negative feelings or stress to the process. Â It’s NATURAL to compare yourself to others. Â However, by simply noticing that you are doing it and telling yourself that you are fantasizing, you will begin to do it less and less.

After a while, it really does become more subtle. Â It gets more difficult because you’ll be going after much trickier demons, but you’ll be making HUGE progress in becoming liberated from the suffering caused by low self-esteem. Â You’ll also begin to notice that as your self-esteem levels rise, you’ll be judging others and yourself less and less, or you’ll at least know that you’re doing it and can begin to break it’s hold over you.

And then, there’s always this guy:

I had to leave you on a upper, couldn’t resist!