I was recently in a restaurant where I couldn’t help but overhear a conversation happening across the room. There was this guy talking to a woman, seemed like a first date or something. Anyway, he was very loud and kind of boastful. I was actively working at blocking him out mindfully, but a few things he started talking about piqued my interest enough to eavesdrop. 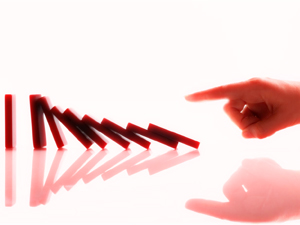 The topic of religious belief came up, as it should on all first dates…right?… and this guy started in on how scientific he is. The woman, who surprisingly got a word in to the conversation, told her perfect date that she is not very religious, but spiritual, and she meditates….

Mr. Awesome immediately cut in with why he doesn’t like meditation and the people are such push-overs…hippies… He laughed about how he had a business deal once with someone who “meditated”, and how he was able to “get one over” on that poor sap. He boasted about how out of touch people who meditate seem to be, and he was glad he had his belief in science instead of all that “new-agey hollabaloo”.

Casanova won some points with his date there! Maybe if he’d meditated he could have heard over his own ego… oh well…

That got me thinking. There is this perception of people who meditate as being easy going push overs. I truly love this perception, because it could not be further from the truth. Meditation is war in your head. It’s not all fight, but it’s certainly difficult at times, and takes fortitude to keep doing it.

While there are certain new-age apologists out there who tow a line and have their own “religion”, most people who meditate, in my experience, are anything but pushovers. These people include those holding multiple black belts in martial arts, business leaders, former special forces operators, stay at home mothers (probably the toughest group out there), and a host of others who I’d never call wishy-washy push-overs.

What are your thoughts?