Fear is a Powerful Motivator.  Is It Working On Us?

I was in the office today and heard people cheering in a bland corporate conference room down the hall.  I was curious, so I walked down there, thinking maybe I could snag a free piece of cake or something, but there was no cake… or donuts… or even a cookie… 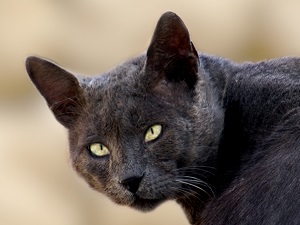 Instead, there were a bunch of people all happy that Obamacare might get de-funded! While I feel I’m politically agnostic, I felt a swell of disgust form in my gut.  I felt it happen then used mindfulness to trace what happened next.  I felt a bit angry.

It’s not that I care whether or not Obamacare gets de-funded or not, as I can see two sides of the issue on this, but that people were cheering and happy that people might not get access to healthcare because of this ideology was stirring.  There was this compassion-less gloating happening, and mutters of “now I won’t have to pay for fat people or illegals, blah blah blah…”

This news comes on the heels of some of the most horrific news in the last year. We have a mass shooting in DC, a gang shooting that hits a toddler in the face in Chicago, where 12 people were shot, massive flooding in Boulder, and oh yeah, gas attacks in Syria…  A little compassion…maybe?

I’ve come to realize that we might be a nation of scaredy cats.  Scared that our beliefs might be proven wrong and our egos might get challenged.  This seems to be the method of operation for politics.  Divide and conquer.

Fear is a POWERFUL motivator that leads to all kinds of crazy behavior.  If you make a populace feel fear of loss, even just ideologically, you can orchestrate anything, and oh, maybe steal a bunch of money as a side bonus. It just amazes me how many people will side with interests that are starkly opposed to their own just out of the belief systems that they identify with, for fear of being challenged or worse, proven wrong.

This is cognitive dissonance at its worst.  After all, perception is reality, right? Fear is a powerful motivator…

Take this quote from the Neuremberg trials, it checks out on Snopes…

“Of course the people don’t want war. But after all, it’s the leaders of the country who determine the policy, and it’s always a simple matter to drag the people along whether it’s a democracy, a fascist dictatorship, or a parliament, or a communist dictatorship. Voice or no voice, the people can always be brought to the bidding of the leaders. That is easy. All you have to do is tell them they are being attacked, and denounce the pacifists for lack of patriotism, and exposing the country to greater danger.”

— Herman Goering at the Nuremberg trials

If you think about contemporary rhetoric on certain “news” outlets, you can see this in action.  It doesn’t have to relate to bringing a people to war, but for any form of propaganda.  Look at the last sentence carefully.  Attacked does not need to mean physically, then go watch the “news” channel.  You may see things in a different light.

Fear is the enemy, but with mindfulness practice, it doesn’t need to be.  Seek the truth, and the truth shall set you free.  Fear is a powerful motivator but so is love.

This video touches briefly on the subject, but is so valuable to watch I had to include it here: