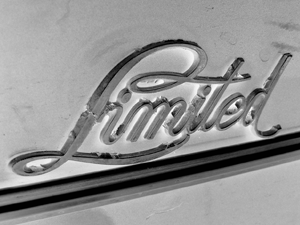 The Problem With Black and White Thinking

Many people, more than we often think, tend to think in absolutes. Something either is or isn’t. It’s either perfect or it’s garbage, either it’s amazing or it sucks. This sort of thinking, while often relegated to internet trolls on message boards, is more pervasive and destructive than we realize.

All or Nothing Mentality

You’ve inevitably been in an argument with someone who has resorted to cornering you into seeing something as either all or nothing. No middle ground. No latitude. Simply black or white.

Political arguments often go this way. You know, all liberals hate the country or all conservatives want to keep you poor and feed their friends. If you haven’t been in those arguments, consider yourself lucky. It’s a hard argument when you are locked in with an all or nothing thinker.

Where Does Black and White Thinking Come From?

Black or white thinking mostly comes from emotional responses to things. It’s our primal brains at work. We get angry or fearful and resort to absolutes.

“I failed that test… I’m so stupid… I’ll NEVER amount to anything.”, or, “I can’t believe I was so stupid! What’s wrong with me? I’ll never be able to do that now!”, or even, “I can’t believe the Democrats didn’t block that bill! I’m NEVER voting Democrat again! They are ALL corrupt!”

In polarized thinking, things are either “black-or-white.” We have to be perfect or we’re a failure — there is no middle ground. You place people or situations in “either/or” categories, with no shades of gray or allowing for the complexity of most people and situations. If your performance falls short of perfect, you see yourself as a total failure.

When you think this way, you kill your ability to see any other perspective on an issue. You basically become an illogical babbling fool. It’s when we release ourselves from the black and white thinking that we can begin to truly see.

Here’s a video that does a great job of explaining this:

Why You Need to Think In Shades

Thinking in absolutes is illogical thinking. Aside from a few instances where it’s useful like temporal issues or keeping people safe, it’s usually counter productive. It also makes it very difficult to solve problems, which often take seeing shades to figure out.

The world exists in millions of shades and hues. The sky is usually a mix of color and shade, even on perfect days, or cloudy days. There’s almost always a gradient. Sure, sometimes it’s all blue or all grey, but very rarely. Learn to see the world in shades and you’ll see way more possibilities and creativity than you can possibly imagine.

When you see shades, you see possibility. Those possibilities all but disappear when you’re stuck in black or white thinking. Absolutes simply don’t allow you to explore possibilities. It’s a very rigid way of thinking that can have serious consequences for yourself and society at large.

It breeds intolerance, and that’s just not logical, or cool, you know?

How to Break The Pattern of Black and White Thinking

It’s as simple initially as catching yourself in the act. If you don’t realize that you do this, it’s highly improbable that you’ll ever rid yourself of it.

Mindfulness practice can help you become aware of it.

Even barring mindfulness, the next time you are angry or frustrated, listen to your internal dialogue. What is your inner voice saying? I bet it’s using absolutes like, “never, no-one, everyone, nothing, everything, they all, I always, horrible, terrible, I never, they never, he never, she never, etc…”

Remember this article, and question yourself. You KNOW that you are stereotyping and that you’ll most likely regret thinking this way in the near future, especially if you act on it.

Think of a middle word between two extremes:

I bet you can think of many more.

The next time you’re stuck in black and white thinking, think of a middle ground. There is almost always a middle ground. It’s there that you want to plant your feet. That’s where possibility and creativity lie.

This website uses cookies to improve your experience while you navigate through the website. Out of these, the cookies that are categorized as necessary are stored on your browser as they are essential for the working of basic functionalities of the website. We also use third-party cookies that help us analyze and understand how you use this website. These cookies will be stored in your browser only with your consent. You also have the option to opt-out of these cookies. But opting out of some of these cookies may affect your browsing experience.
Necessary Always Enabled
Necessary cookies are absolutely essential for the website to function properly. This category only includes cookies that ensures basic functionalities and security features of the website. These cookies do not store any personal information.
Non-necessary
Any cookies that may not be particularly necessary for the website to function and is used specifically to collect user personal data via analytics, ads, other embedded contents are termed as non-necessary cookies. It is mandatory to procure user consent prior to running these cookies on your website.
SAVE & ACCEPT