Valerian grows in much of the world, and has been used medicinally for thousands of years. The FDA considers it relatively safe, and is wildly available as tinctures, and teas. Short term use is preferable, and adverse side effects are minimal. 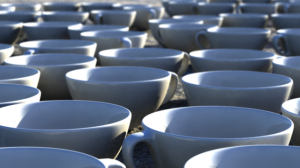 Valerian tea is considered to be a remedy for sleep disorders and anxiety. It has also been used to treat depression, headaches, trembling, and irregular heartbeat. While it hasn’t been given the blessing from the FDA for such uses, there are many anecdotal accounts of vanishing symptoms.

There are some side effects including headaches, dizziness, upset stomach, and mild lethargy. It’s considered generally safe for short periods of time

Kava is a pepper, and is indigenous to the South Pacific. It has been considered a mild sedative and ceremonial drink. Kava is used in teas, powders, capsules, and topical solutions.

Kava produces mild to moderate sedation. It can be used to treat anxiety, insomnia, and menopausal symptoms. In addition to ingestion, Kava can be applied topically, as a numbing agent.

The FDA has warned that drinking or eating Kava can cause liver damage, including hepatitis and liver failure. It is generally recommended to use Kava with caution, or avoid it all-together. It can also cause drowsiness, so it would be best to not drive or operate heavy machinery after taking it.

Chamomile has been used for millennia, and is often used for insomnia, anxiety, and other conditions like indigestion. It is also used topically and orally to relieve mouth sores.
Teas, capsules, tablets, and extracts are made from the flowering tops of the chamomile plants.

Many studies have been done on the efficacy of chamomile in treating various conditions in humans. There are some studies that point to possible benefits for topical uses, as well as a few ongiong studies on chamomile’s efficacy in treating anxiety.

While chamomile is generally considered safe, some have allergic reactions to chamomile including rashes, shortness of breath, sore throats, and in severe cases, anaphylaxis. The more severe reactions seem to occur in those allergic to marigolds, ragweed, chrysanthemums, and daisies. 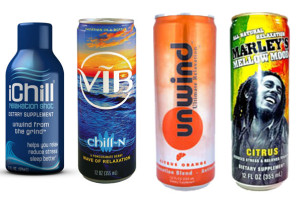 There is a new class of beverages that are mixes of various ingredients used to promote relaxation. Common ingredients are L-Theanine and Melatonin.  They are widely available under names such as Marley’s Mellow Mood and iChill.

Next up is how to quiet the mind.  This is very, very important and you’ll find out why.

This website uses cookies to improve your experience while you navigate through the website. Out of these, the cookies that are categorized as necessary are stored on your browser as they are essential for the working of basic functionalities of the website. We also use third-party cookies that help us analyze and understand how you use this website. These cookies will be stored in your browser only with your consent. You also have the option to opt-out of these cookies. But opting out of some of these cookies may affect your browsing experience.
Necessary Always Enabled
Necessary cookies are absolutely essential for the website to function properly. This category only includes cookies that ensures basic functionalities and security features of the website. These cookies do not store any personal information.
Non-necessary
Any cookies that may not be particularly necessary for the website to function and is used specifically to collect user personal data via analytics, ads, other embedded contents are termed as non-necessary cookies. It is mandatory to procure user consent prior to running these cookies on your website.
SAVE & ACCEPT