How to Improve Concentration 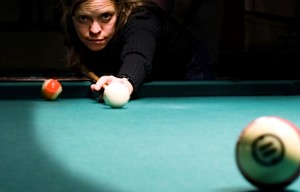 The inability to concentrate can cause havok in our lives.  From not doing well in school, to poor work performance, or worse, poor and inattentive driving on our roads, losing concentration can cost us dearly.  While concentration is easily scattered, especially in modern society with all our distractions, it is fairly easy to learn how to improve concentration and mental focus.

Our ability to focus our minds is innate, but we’ve been tempted lately by all of our cool gadgets and toys.  Everywhere we look there is something competing for our attention.  Even this blog that you’re reading right now is flanked on the sidebars by distraction.  Go ahead and look, I’ll wait right here.

Good, you’re back.  Now, let’s learn to concentrate and figure out how we can unclutter our minds enough that we can practice concentration and improve our attention span.  It’s easy, but will take time and work, and yeah, lots of patience too…

This simple exercise allows you to feel what it is like to focus attention on something with all of your will power.  The key word here is will power.  You need that to be able to concentrate on anything in the beginning.  Later on, and with more practice, you’ll be able to just naturally concentrate on things without much effort.  That is, unless you have a disorder that prevents you from concentration. (beyond the scope of this article)

The University of Washington just published a study called “The Effects of Mindfulness Meditation Training on Multitasking in a High-Stress Information Environment,” This paper, cited in an article called, “Mindful multitasking: Meditation first can calm stress, aid concentration”, brings up some very interesting data.

After the eight weeks, all groups were given stressful tasks to perform, which included heavy mental multi-tasking using all sorts of every-day distractions like email, chat, calendars, and other office-related tasks. In regard to the outcome, the authors state:

The meditation training seemed to help participants concentrate longer without their attention being diverted. Those who meditated beforehand spent more time on tasks and switched tasks less often, but took no longer to complete the overall job than the others, the researchers learned.

After training, both the meditators and those trained in relaxation techniques showed improved memory for the tasks they were performing. The control group did not, until it too underwent the meditation training.

This is profound, and lends credence to the positive effects of mindfulness meditation.  The simple techniques can be learned quickly, and have the ability to act fast, in just eight or so weeks (according to the article).  There are plenty of mindfulness techniques on this site, so feel free to explore and see how they work for you.  Check out Jon Kabat-Zinn as well, he’s all over Google.

It’s not difficult to learn how to improve concentration and mental focus.  It takes some work, but it’s worth it.  Go on, do it 🙂