Have you ever met someone who, no matter what you talk to them about, can’t stay on topic for more than a few sentences? 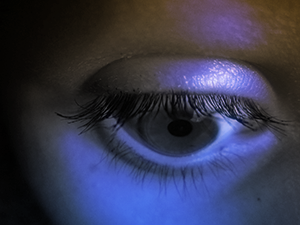 They start off in a conversation, and by the time you’re finished talking to them, like three minutes later, you’ve had the topic changed on you ten times.

If not, consider yourself lucky. I’ve known a few people like this.

While we called that A.D.D. growing up, it seems to have taken on a whole new meaning these days. Our minds are ever more distracted than before, and it’s our own faults.

Yikes, did I just accept responsibility for something, for all of us? Yes, I own it. What a marvel concept.

We are ADDICTED to DISTRACTION.

That’s right. Chances are you won’t even finish reading this article, even though it can help you more than most things you’ll ever read.

That’s right, I just called you out. But that’s ok.

Most of us are so addicted to new shiny objects and new information that by the time you might ever get around to implementing what I’ll write about below, you’ll have forgotten that you’re even addicted to distraction in the first place.

Should I just stop writing now? Nah, I’m a glutten for punishment, and right now I have some focus, so I’ll keep going.

It’s in the opinion section and written by some dude named Tony Schwartz, like the Schwartz from Spaceballs. Hey, remember when Dark Helmet jammed the rada… Crap, there I go again, getting distracted… See how this works?

Anyway, in the article, the author writes:

“ONE evening early this summer, I opened a book and found myself reading the same paragraph over and over, a half dozen times before concluding that it was hopeless to continue. I simply couldn’t marshal the necessary focus.

I was horrified. All my life, reading books has been a deep and consistent source of pleasure, learning and solace. Now the books I regularly purchased were piling up ever higher on my bedside table, staring at me in silent rebuke.
Instead of reading them, I was spending too many hours online, checking the traffic numbers for my company’s website, shopping for more colorful socks on Gilt and Rue La La, even though I had more than I needed, and even guiltily clicking through pictures with irresistible headlines such as “Awkward Child Stars Who Grew Up to Be Attractive.”

He read the same paragraph over and over and over again, just trying to stay focused enough to read a book, a damn FICTION book. The kind of thing we read for FUN! For FUN, and he couldn’t even focus on that! Hence, the problem.

Our addiction to distraction and new information is wreaking havok. The author goes on to write:

Addiction is the relentless pull to a substance or an activity that becomes so compulsive it ultimately interferes with everyday life. By that definition, nearly everyone I know is addicted in some measure to the Internet. It has arguably replaced work itself as our most socially sanctioned addiction.
According to one recent survey, the average white-collar worker spends about six hours a day on email. That doesn’t count time online spent shopping, searching or keeping up with social media.
The brain’s craving for novelty, constant stimulation and immediate gratification creates something called a “œcompulsion loop.” Like lab rats and drug addicts, we need more and more to get the same effect.

Endless access to new information also easily overloads our working memory. When we reach cognitive overload, our ability to transfer learning to long-term memory significantly deteriorates. It’s as if our brain has become a full cup of water and anything more poured into it starts to spill out.

It reminds me of an episode of the show “Married With Children”, where the daughter Kelly, played by Christina Applegate, becomes smart for an episode. She learns things, and becomes smart, but then forgets what the doorbell is. She says that she only has so much room for information. Other stuff has to come out.

So, we know this is bad, so what do we do about it? Here you go.

4 Things that You Can Do To Break the Addiction

1. Take an hour a day and get off the internet.

Just one hour to start with. Do something that doesn’t involve new information or technology. Maybe meditate?

2. Practice focusing on one thing at a time.

Multi-tasking is just stupid. Yeah, I said it. You’ll be so much more productive if you do ONE thing at a time. Granted, you can’t always do that, especially if you have kids… So set aside some time every day, even just a few minutes, where you FOCUS on just doing ONE thing at a time.

Sleep is when information is committed to long-term memory. If you are constantly reading the net, you need downtime to process the info. If not, I don’t know what will happen, but it’s probably not all that good for you.

Besides, the article said 4 things, so even if I were serious, it’s one more than I mentioned, so it doesn’t exist anyway…

So there you have it.

You now know that you’re probably addicted to distraction, and if you’re not, you’re lucky.

You know what to do about it now too. So in closing, just go break the cycle already and take back your life, ok?

Like Ferris Bueller said, “Life moves pretty fast. If you don’t stop and look around once in a while, you could miss it.”