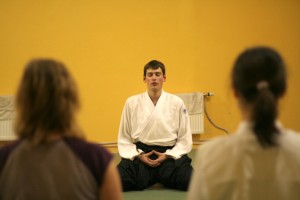 People have been meditating for thousands of years.  Over this time frame, millions have reaped the benefits of meditation.  There have been many studies and conclusions that speak volumes of positive praise for meditation.  Why then, is a Buddhism expert calling for science to re-think meditation claims?  In an article in the Sydney Morning Herald on dated April 10, 2012 called, “Buddhism expert wants science to rethink meditation claims”, the author writes,

SCIENTIFIC studies purporting to show the ancient Buddhist practice of meditation leads to permanent beneficial changes in the brain rest on shaky foundations, a world authority on Buddhism has warned.Bernard Faure, a visiting professor of Buddhist studies at the University of Sydney, said in a recent Sydney Ideas talk that little was known about the impact of meditation on the brain, and the interpretation of research results had ”a lot of wishful thinking.”[Source]

Interpreting results of findings is as much an art as it is a science.  Also, he has a point that we do know very little about the brain, but much more so than, say, 100 years ago.  Recent studies have pointed to the possibility that meditation increases grey matter in certain regions of the brain.  This is in addition to volumes of anecdotal evidence touting the benefits of meditation.  However, one must look at both sides of any situation or claim and not jump to invalidate an opposing idea based on a closely held personal belief.  To do so would be ego playing its role.  The very practice of mindfulness leads one to see many sides to any given situation, as it destroys “beliefs” in favor of possibilities.

”The mutual validation of Tibetan Buddhism and neuroscience has generated a lot of funding on both sides,” Professor Faure said.

But Professor Faure, who is also the Kao chair in Japanese religion at Columbia University, in the US, said the desire for quick results had “pre-empted robust critical questions”.

For one thing, the use of rectal thermometers and electrodes on the body was likely to interrupt the meditator’s concentration during experiments, he said.

Moreover, the study sizes were unreliably small, and despite the likely relevance to the results of the culturally specific origins and meanings of the mental states under study, neuroscientists had demonstrated little attempt to understand them.

Disturbing imagery and the assumption that electrodes allegedly disturb meditators aside, he has a point in that research results can be interpreted in different ways to get research funds.  Still though, the possibility of seriously beneficial outcomes to practicing meditation warrant further research.  I take these statements as a call for more controlled and investigative research concerning meditation.  While the title of the article certainly makes those of us interested in meditation read the article, I find it more sensationalist than informative, but it certainly does the job of piquing interest.